Analysis: Comforting soundtracks from the summer of 2020? 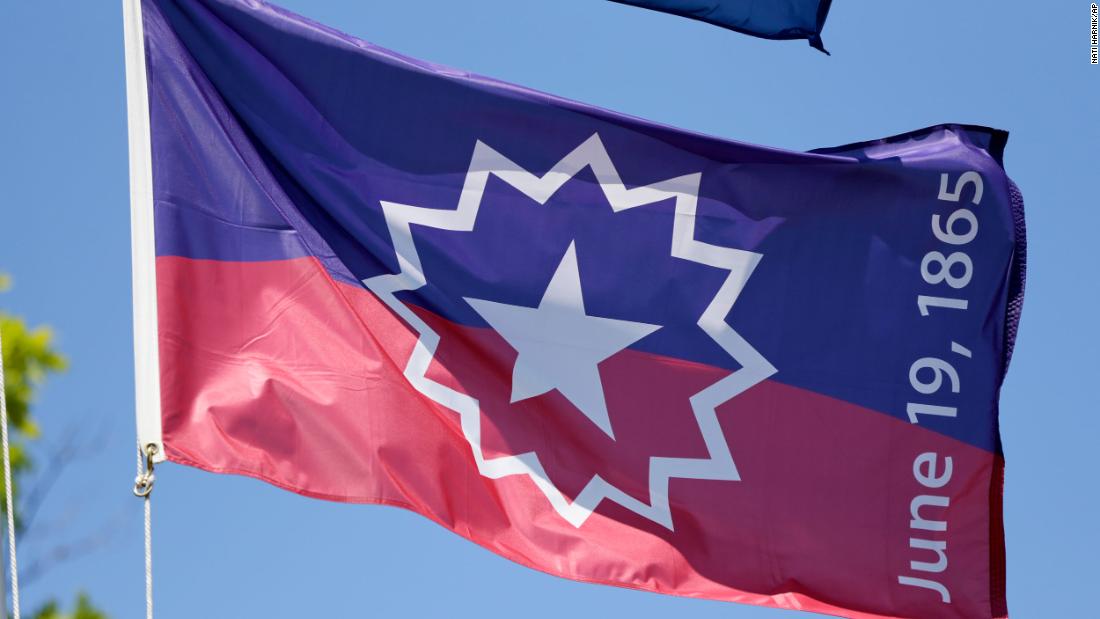 Click on this slide to understand the symbols on the Juneteenth Flag (Source: CNN).

With Dr. Izard’s passing, the world has lost a legend in journalism education and a champion of diversity in journalism and media education. He left a legacy that will continue on in the work by his students who are now journalism educators, journalists, communicators, and the others who he had inspired. Continue reading...


Highlights of a study on diversity in local television newsrooms


Comforting soundtracks from the summer of 2020? Unforgettable and Good Trouble


Roundup: Ethnic Media's Coverage of Protests around the Death of George Floyd in Police Custody

Books on Misogyny and Media: An Interview with Dr. Maria Marron

(June 18, 2020 | Media Diversity Forum) - According to Dr. Marron, this book is “a primer on what constitutes misogyny and its media representation” that includes “expanding the definition of misogyny from that of hatred of females to, at the one end, bullying and other microaggressions against women, non-hegemonic men and members of other minority groups, to, at the other, sexual assault, rape and even murder.”

Our engagement with Ethnic media journalists in Canada

Forum's participation in the Colloquium on "U.S.-European best practices exchange" on diversity

Forum's coverage of NABJ Conference in 2010

Our site and publications are used as reference point/resources by the following organiations and resource sites: 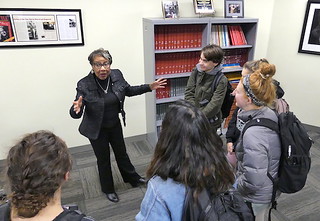 Black press wrote about both "points of pride" and challenges in the Black community, says Broussard

(Ohio University News) - This year’s recipient of the Guido H. Stempel Award for Journalism and Mass Communication Research, LSU professor Dr. Jinx Coleman Broussard, told Ohio University students and faculty that the Black press wrote about points of pride in the African Americans community, rather than focusing only on challenges facing the readers of those newspapers. Continue to read more about Dr. Broussard's lecture on Black Press and her award. 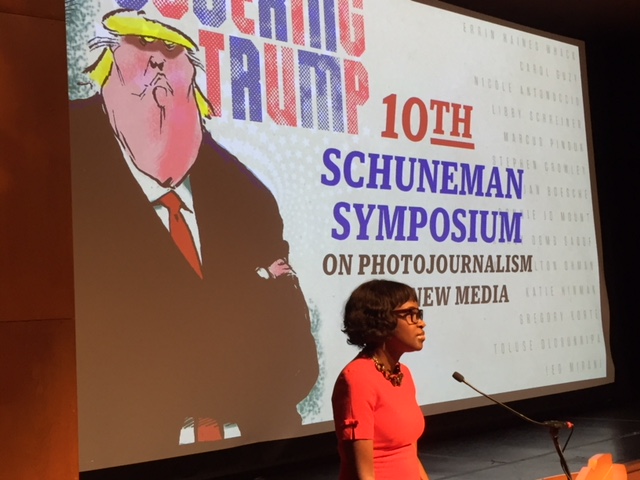 Errin Haines Whack, national writer for The Associated Press, discusses coverage of minorities during the era of President Donald Trump at the 10th annual Schuneman Symposium at Ohio University. The program was sponsored by the E.W. Scripps School of Journalism and the School of Visual Communication. Whack, NABJ’s emerging journalist of the year, was among 14 speakers at the two-day program on “Covering Trump.” Photo by Robert Stewart.

A project of the Manship School of Mass Communication, LSU.