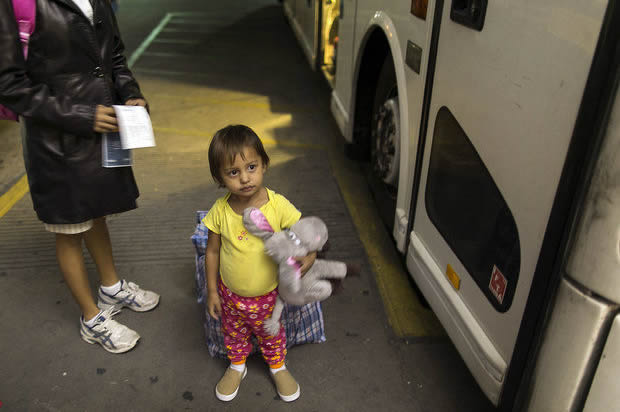 Christians and the plight of the 'border children'

By Robert Mann
(July 25, 2014 | NOLA.Com) - Pity the poor American Christian. From every side, he is persecuted, set upon by government bureaucrats, forced to do this, required to do that -- denied his God-given right to pay low taxes and live as he pleases. Read more

By Robert Mann
(July 18, 2014 | NOLA.Com) - In the struggle for equality, past is prologue. In the Fifties and Sixties, many Southern politicians opposed racial equality, but for the sake of respectability couldn't reveal their racism and prejudice. Read more

By Richard Wolf
(July 29, 2014 | RNS) - A federal appeals court panel in Virginia became the second one this summer to strike down a state ban against same-sex marriage Monday (July 28), making it more likely that the Supreme Court will settle the issue as early as next year. Read more

By Josephine McKenna
(July 25, 2014 | RNS) - Meriam Ibrahim, the Sudanese Christian who was flown to Rome after her death sentence was overturned, is now dreaming of building a future in the U.S. Read more

BY Fredrick Nzwili
(July 23, 2014 | RNS) - Christians in Sudan frequently face arrests, impromptu questioning and expulsion. But this month, conditions worsened after the government announced a ban on the construction of new churches. Read more 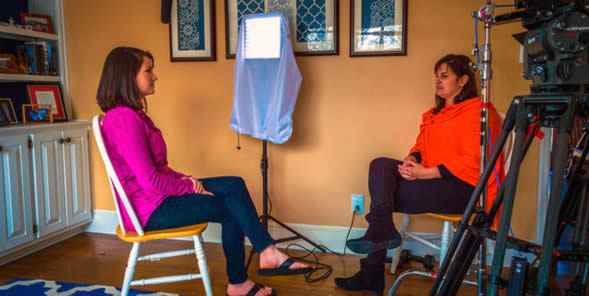 By Adelle Banks
(July 11, 2014 | RNS) - The Evangelical Immigration Table commissioned the documentary “The Stranger” to foster evangelical support for immigration reform. Linda Midgett, a graduate of evangelical Wheaton College who produced the 40-minute film, told Religion News Service she hopes ongoing screenings across the country will build a groundswell of support for legislation. Read more


Pope Francis: End the ‘racist and xenophobic’ approach to migrants along U.S.-Mexico border

By Josephine McKenna
(July 15, 2014 | RNS) - Pope Francis on Tuesday (July 15) waded into the controversy of the wave of unaccompanied minors arriving at the U.S.-Mexico border, calling for an end to racism against migrants and pushing the U.S. to offer greater protection for young children entering the country illegally. Read more 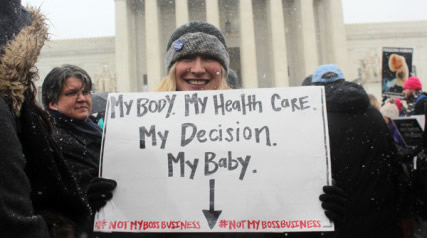 By Lauren Markoe and Cathy Lynn Grossman
(June 30, 2014 | RNS) - Five things to know about one of the most anticipated Supreme Court decisions of the year: 1) corporations can’t pray, but they do have religious rights, 2) the Affordable Care Act isn’t the only way to get contraception to women, 3) the American people would have ruled differently, 4) this court is rah-rah religious rights, and 5) Hobby Lobby won, but the next company to cite religious objections might well lose. Read more


Analysis: Hobby Lobby beat the contraception mandate
Here’s why the nuns may not

By David Gibson
(July 1, 2014 | RNS) - When the Supreme Court on Monday (June 30) issued a split decision narrowly backing the right of for-profit corporations to deny contraception coverage to their employees for religious reasons, many assumed that faith-based nonprofits would have it easy when their own cases eventually reach the high court. Read more

By Cathy Lynn Grossman
(June 23, 2014 | RNS) - The U.S. Supreme Court is expected to finally issue its ruling this week in the highly anticipated case of the craft companies vs. Obamacare. Read more

(June 25, 2014 | Voices of NY) - They’re “ex-hijabis” – women who have chosen to no longer wear the Islamic veil. In their 20s from Canada and the United States, the three tell Women’s eNews’ Hajer Naili, ahead of the Muslim holiday of Ramadan, of their relationship with the hijab and why they decided to remove it. Read more

(June 25, 2014 | RNS) - A new study by three sociologists finds that three out of four interfaith civic coalitions turn to what the sociologists have dubbed “bridging prayer” — interactive, participatory and often innovative prayers and rituals that highlight their shared identity as people of faith. Read more

By Lauren Markoe
(June 19, 2014 | RNS) - The Presbyterian Church (USA) voted Thursday (June 19) to allow gay and lesbian weddings within the church, making it among the largest Christian denominations to take an embracing step toward same-sex marriage. Read more

By Alexandra Raphel
(June 3, 2014 | Journalist's Resource) - Michael Hoffman and Jamal Amaney in their research article on "Religion in the Arab Spring" concludes that “Qur’an reading motivated protest rather than facilitating it.” Read more

By Brian Pellot
(June 11, 2014 | RNS) - Religious leaders from across Africa and England came together Wednesday (June 11) to discuss the role clergy should play in preventing and responding to sexual violence. Read more

By Adelle Banks
(June 10, 2014 | RNS) - Pushing back against a cultural tide of growing acceptance of transgender people, Southern Baptists adopted a statement affirming the creation of “two distinct and complementary sexes.” Read more

By Kimberly Winston
(June 9, 2014 | RNS) - If interfaith marriages are supposedly doomed, Dale McGowan’s should have been toe-tagged from the start. What's their secret then? Read more

By Sarah Pulliam Bailey
(June 6, 2014 | RNS) - America could be experiencing a decline of literalism and the rise of secularism, according to one interpretation of a recent Gallup Poll. Read more

By Kirsten Powers
(June 4, 2014 | USA Today via RNS) - Could there be a future where most American Christians support same-sex relationships? If so, it will be due to the emergence of conservative Christians who say orthodox believers can support lifelong, monogamous gay relationships without undermining their commitment to biblical authority. Read more

(May 29, 2014 | RNS) - Catholic bishops returned to Capitol Hill on Thursday (May 29) with a renewed push for immigration reform, as Miami Archbishop Thomas Wenski called the failure to address immigration reform “a stain on the soul of our nation.” Read more

(May 28, 2014 | RNS) - To protect Jewish and other cemeteries worldwide, the U.S. House on Wednesday (May 28) passed a bill that makes desecrating graves a violation of religious rights. Read more


More Americans willing to vote for an atheist president

By Cathy Lynn Grossman
(May 20, 2014 | RNS) - Atheists are still the most mistrusted group in the U.S., and a godless politician is still the least likely candidate to win votes in a presidential election. Read more

By Doug Stanglin
(May 14, 2014 | RNS via USA Today) - Thousands of Iranian women are sending photos of themselves without their hijab, or veil, to a new London-based Facebook page dedicated to allowing them “stealthy freedoms.” Read more

By C. Welton Gaddy
(May 16, 2014 | RNS) - The great rejoicing after the U.S. Supreme Court’s recent ruling on public prayer reminded me of the infamous line from an officer who commented on the destruction of a village during the Vietnam War: “We had to destroy the village in order to save it!” Read more

(May 23, 2014 | RNS) - Social media can bring out the worst in people, and even Pope Francis’ enormously popular Twitter feed is peppered with nasty comments. But the Vatican’s chief media strategist says the Catholic Church cannot ignore the opportunities for evangelization that the Internet offers. Read more

By Kevin Eckstrom
(May 30, 2014 | RNS) - Americans are showing more tolerance for a range of behaviors, with sex between unmarried adults, medical research on stem cells from human embryos, and doctor-assisted suicide all showing record highs and increases in “moral acceptability” from last year. Read more


Africa’s Islamic extremist groups are on the rise

(May 29, 2014 | RNS) - In the days after the Sept. 11 terrorist attacks, al-Qaida became a household name. But today, other extremist Islamist groups, many in Africa, are vying for headlines. Read more


Commentary: How Brown v. Board of Education still shapes our religious life

By Tom Ehrich
(May 20, 2014 | RNS) - Not long ago, I visited Topeka, Kan., to teach at one of those grand old mainline churches that got caught in the aftermath of Brown v. Board of Education. Read more 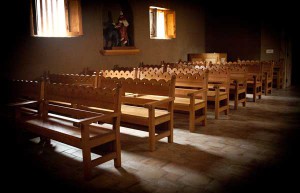 By Cathy Lynn Grossman
(May 17, 2014 | RNS) - People skipped church. And then nearly one in seven of you fibbed about attending. A Pew study found how people's responses to live telephone interview and anonymous online surveys differ about their Church attendance. Read more

Commentary: What Jordan can teach the Muslim world in welcoming Pope Francis

By Dale Hanson Bourke
(May 19, 2014 | RNS) - The hottest ticket in town is for an audience with Pope Francis during his visit this Saturday (May 24). Large posters featuring King Abdullah shaking hands with Francis hang in the capital of this Muslim country. Read more

By Josephine McKenna
(May 15, 2014 | RNS) - Pope Francis will be accompanied on his first visit to the Middle East by Argentine Rabbi Abraham Skorka and Muslim leader Omar Abboud — two friends from Buenos Aires. Read more


Women in secularism: Got a problem with that?

By Kimberly Winston
(May 15, 2014 | RNS) - Does organized unbelief have a sexism problem? That’s the question that launched the first “Women in Secularism” conference three years ago and one that will be closely re-examined at the third annual iteration of the event, being held this weekend (May 16-18) in Alexandria, Va. Read more